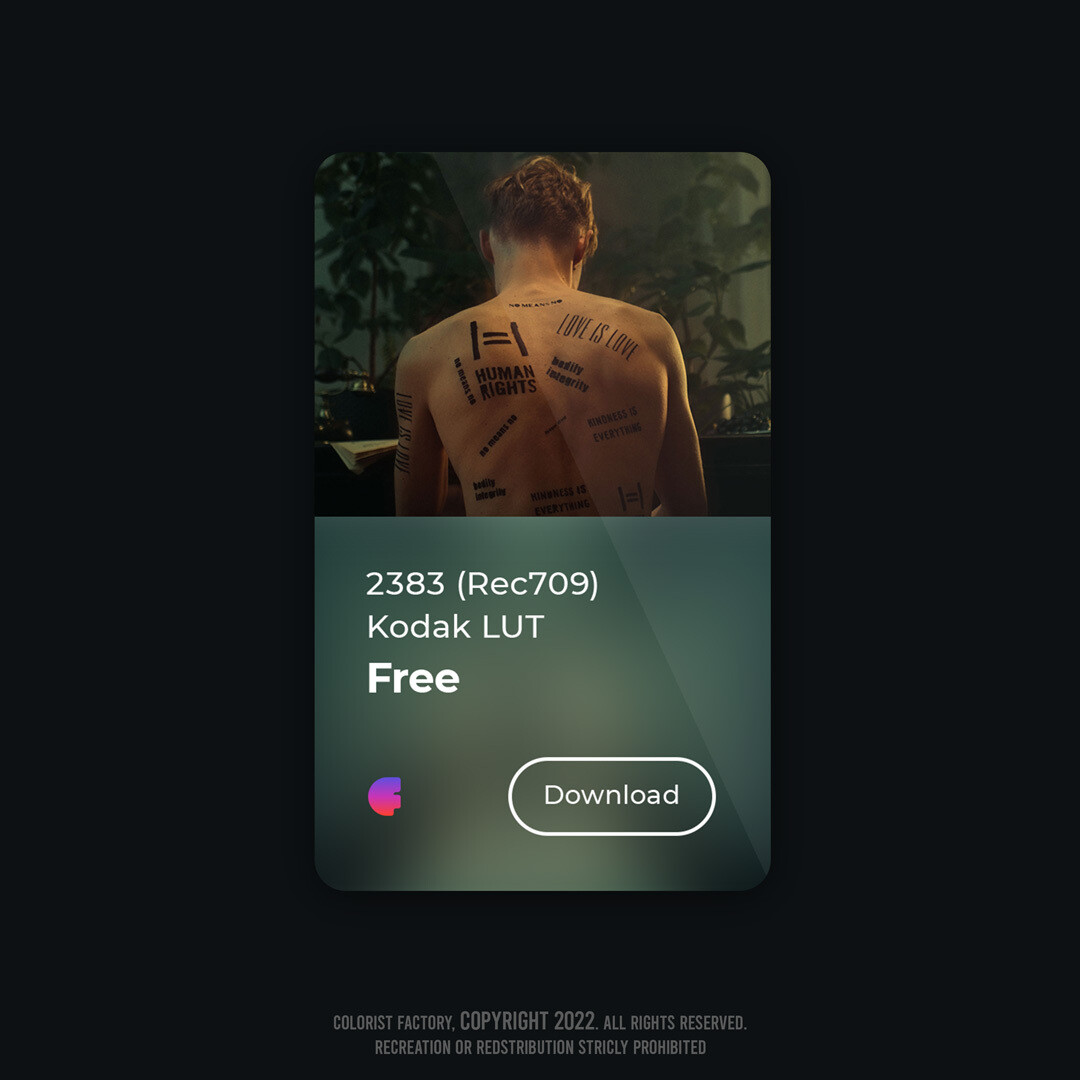 One of the most commonly used print film emulations in Hollywood is Kodak 2383. It’s a legendary stock that was used in films like Joker (2019), Pirates of the Caribbean, The Dark Knight, and many more. We have recreated Kodak 2383 Print Film Emulation using Glenderaterra LUT from our Premium Bundle.

Glenderaterra LUT was designed by closely analyzing the Print Film Emulation Color Palette of common film stocks like Kodak 2383 and Kodak 2393. The LUT can work with footage from literally any camera: BMPCC, ARRI, DJI, SONY, CANON, RED. Of Course given that the footage is properly color corrected and has balanced whites. (If you don’t know how to color correct footage, here’s a quick tutorial for that.)

Save this product for later
Display prices in: USD